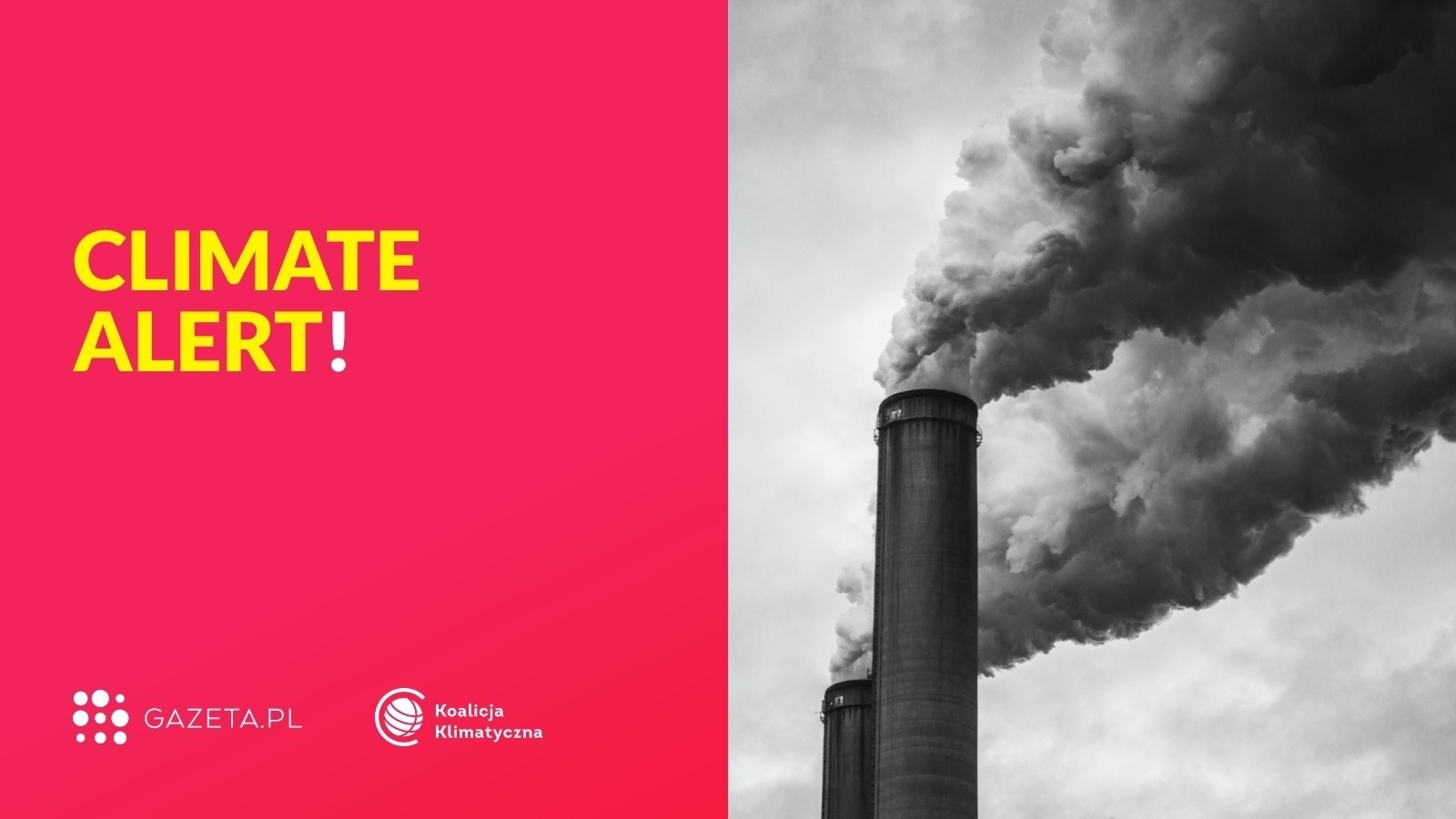 On Friday, October 29th at noon, city warning sirens will sound in Warsaw, Gdansk, Lodz and Szczecin as part of the "Climate Alert" social action launched by Gazeta.pl and the Climate Coalition. The action’s aim is to symbolically highlight the significance of the upcoming COP26 climate summit in Glasgow, where world leaders will decide on the future of our planet and its climate.

For years, Gazeta.pl has been committed to promoting education and accurate information on climate change. In the face of the ongoing crisis, the editorial team of the portal highlights the necessity of taking appropriate and decisive steps for the future of our planet. This is why, together with its partner – Koalicja Klimatyczna (“the Climate Coalition”, a network of Polish “green” NGOs) – Gazeta.pl has launched an action called "Climate Alert", inaugurated with an appeal by D. Eng. Zbigniew Karaczun, co-founder of the Climate Coalition and Patryk Strzałkowski, editor-in-chief of the Zielona.Gazeta.pl (“Green Gazeta.pl”) climate-oriented website. In a document published on September 23rd this year, the authors stressed the need for immediate action: The Glasgow summit is dubbed "a last-chance meeting" not without a reason: if the decision-makers gathered there fail to present new national plans for the reduction of CO2 emissions by 2030, which will make it possible to curb the world's emissions by 45%; the goals of the Paris Agreement will no longer be achievable, and the catastrophe will prove inevitable.

Four Polish cities – Gdansk, Lodz, Warsaw and Szczecin – have decided to participate in the "Climate Alert" action. In these cities, on Friday, October 29th at 12:00 p.m., city warning systems will be activated. The authors of the initiative wish to use this symbolic way to call decision-makers to implement measures adequate to the scale of the climate crisis.

– The time for discussion is over. We must act, we must sound the alarm. Climate change is a fact, not a hypothesis, and this is the last moment when we can still change the future. For the sake of our children and grandchildren – says Hanna Zdanowska, the Mayor of Lodz.

– In Szczecin, no one needs convincing how important the environment is and what a job we all have to do. Szczecin is a green city – a place where we undertake numerous initiatives that have a positive impact on the environment. Every year the awareness of the residents is growing, too. That is why we feel it is the responsibility of local authorities to listen to these voices, create positive models and engage in activities to be followed – says Piotr Krzystek, the Mayor of Szczecin.

– It’s time to act. Warsaw is joining the "Climate Alert" social initiative. May the sirens that will sound in Polish cities on the eve of the COP26 Climate Summit in Glasgow make everyone aware of the importance and urgency of the problem we are currently facing – adds Rafał Trzaskowski, the Mayor of the Capital City of Warsaw.

The alarm will be accompanied by a broad information campaign on the channels of the cities participating in the initiative and on the pages of Gazeta.pl. Activities undertaken as part of the "Climate Alert" will be, among others, the focus of a special edition of “Zielony poranek” ("Green Morning Show"), in which experts will share their up-to-date knowledge on climate change.

– We believe that in the face of the climate crisis the media have a duty to initiate and engage in pro-environmental projects educating citizens – says Patryk Strzałkowski, the Editor-in-Chief of Zielona.Gazeta.pl. – We hope that "Climate Alert" will be an important signal encouraging the government and the society to take decisive action in the fight for our common future – adds Strzałkowski.

Gazeta.pl covers topics connected with ecology and climate not only in daily news, but also in regular series such as “Piątki dla klimatu” ("Fridays for Climate") or “Zielony poranek” ("Green Morning Show"). It was the first horizontal portal in Poland to have created a department dedicated to environmental issues (Zielona.Gazeta.pl), thanks to which its readers may gain even more reliable and up-to-date information on climate and environment. Additionally, in the spring of 2021, Gazeta.pl entered into a partnership with the Climate Coalition and with Adam Mickiewicz University of Poznań (UAM) and joined the global initiative Covering Climate Now (CCNow), bringing together several hundred titles including the AFP, Bloomberg, Al Jazeera, CBS News, “Libération” or “Die Tageszeitung”, whose aim is to educate and produce "more informed climate stories".