The Election Capital of Poland - pro-turnout campaign of ‘Gazeta Wyborcza’ 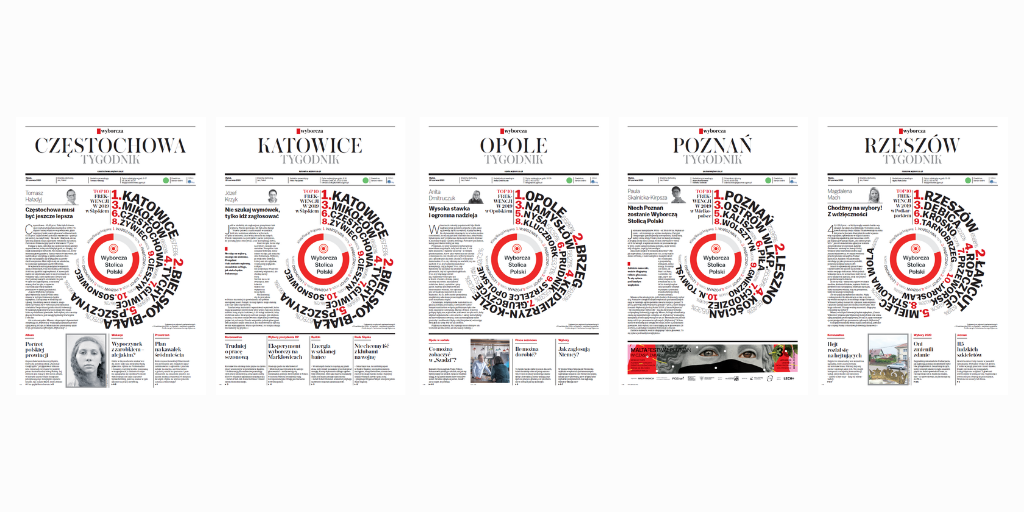 ‘Gazeta Wyborcza’ encourages everyone to vote in the elections on June, 28th 2020 by means of  a special action. In the Election Capital of Poland competition, the editors team will award the city with the highest turnout. Local government will be awarded with PLN 100 000 for the city branding campaigns in ‘Gazeta Wyborcza’, and citizens will receive 10 thousand digital subscription of Wyborcza.pl. On Friday, June, 26th all regional weeklies of ‘Gazeta Wyborcza’ will have special covers and information about the action.

The turnout record, among Polish cities (with poviat status), at the Parliamentary Elections in 2019 belonged to Warsaw, where 77 percent of citizens went to polls. How it will be during those presidential elections? Will the capital city of Poland defend the title or will it be caught up with, for example, Sopot, where 74 percent of citizens voted in parliamentary elections? Or maybe a completely different city will be the winner this time?

Go and vote on Sunday. Call up your family and friends, acquaintances, neighbours and fight to make your city number one in the presidential election. In this way, the editors of ‘Gazeta Wyborcza’ encourage Poles to vote in elections that will take place on June, 28th.

- Thanks to the local editorial offices of ‘Gazeta Wyborcza’ in over 20 Polish cities we hear every day how important is for our readers to take part in elections. We decided to add competition and organize a race for the title of the Election Capital of Poland. Each day in the national and local pages we will show examples of the mobilization of city dwellers. We will also publicize information about other turnout campaigns, including local governments campaigns - says Mikołaj Chrzan, deputy editor-in-chief of ‘Gazeta Wyborcza’, head of local editorial offices.

'Gazeta Wyborcza' will reward the title of the Election Capital of Poland to the city, where the turnout will be the highest on Sunday. The ranking will include 380 cities that are headquarters ofpoviat. If the election is not decided in the voting on June 28th, the editors team of ‘Gazeta Wyborcza; will take into account the turnout result both voting rounds. The city with the highest turnout will receive the title the Election Capital of Poland.

The winning local government will receive from ‘Gazeta Wyborcza’ a summer promotional campaign worth PLN 100.000. It can be used, for example, to present interesting and worth visiting tourist attractions. Whereas residents will be able to take advantage of 10.000 Wyborcza.pl content subscription - Premium subscription for 3 months.