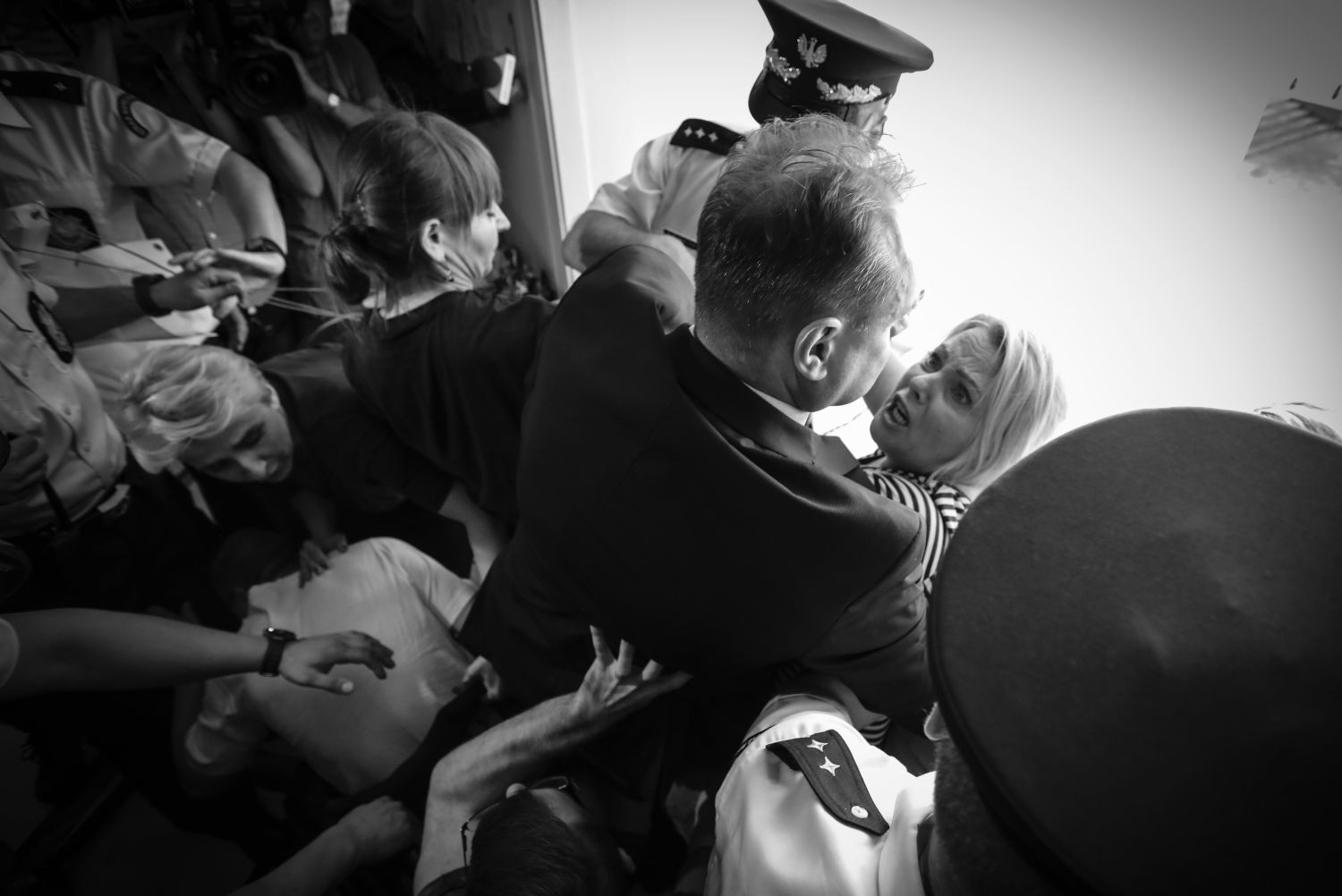 Grand Press Photo was organised by the ‘Press’ magazine and the Grand Press Foundation – this year, for the 15th time. The competition is open to professional photojournalists working for press and internet editorial offices, photo agencies and freelancers. From 4,500 photos received this year, the jury qualified 58 single pictures, 11 photo reports and 4 documentary projects for the finals.

Sławomir Kamiński, a photojournalist at ‘Gazeta Wyborcza’ for 28 years, won the first award in Grand Press Photo 2019. He is the winner of several awards and distinctions in prestigious press photo competitions and the author of some individual exhibitions. He works with news and social photography and, for many years, he has been documenting the most important events in Poland on a daily basis. More information and photos can be found in the interview with Sławomir Kamiński, entitled ‘Anaerobe’ at Wyborcza.pl.

The jury of Grand Press Photo 2019 awarded the photo of the year to a picture of Iwona Hartwich, the mother of disabled Jakub, during a clash with a Sejm guard, during last year’s protests by parents and guardians of the disabled. The Sejm Office employee prevents people occupying the Sejm corridor from hanging a banner ‘for safety reasons’. Sławomir Kamiński took this photo on 24 May 2018 – on the 37th day of the protest.

‘By the situation it shows, the award-winning photo makes us angry. Shots like these make history, and not just photographic history. Using modern language, thanks to such pictures, it is not possible to ‘unsee’ the captured scene. History tells us that such photos can change the awareness of many people, also important decision-makers’, commenting on the result of Grand Press Photo 2019, said Beata Łyżwa-Sokół, the head of the Photo team at ‘Gazeta Wyborcza’ and Agencja Gazeta.

In addition to the first award in Grand Press Photo, the photo by Sławomir Kamiński won first place in the Events category. Third place was awarded to Patryk Ogorzałek from ‘Gazeta Wyborcza’, for a picture showing a PiS party’s candidate for the president of Rzeszów, moments before entering the stage, during a party programme convention.
Second award in the Culture and Entertainment category was granted to Franciszek Mazur, a photojournalist at ‘Gazeta Wyborcza’ for a picture of the youngest adepts at the Musical Theatre Academy during their first performance in front of an audience.

The photo of the year and winners in individual categories of Grand Press Photo were selected by a jury led by a world class photojournalist as it is every year. In 2019, it was Espen Rasmussen, a Norwegian photojournalist and multiple winner of World Press Photo and Pictures of The Year international (POYi). He had the decisive vote in the selection of the winning pictures. The jury also included Piotr Małecki (Napo Images, Panos Pictures, Forum), Maria Mann (EPA), Beata Łyżwa-Sokół (‘Gazeta Wyborcza’), Ahmet Sel (Agencja Anadolu) and Andrzej Zygmuntowicz.

For more information on the results of this year’s, 15th edition of Grand Press Photo, visit https://grandpressphoto.pl/