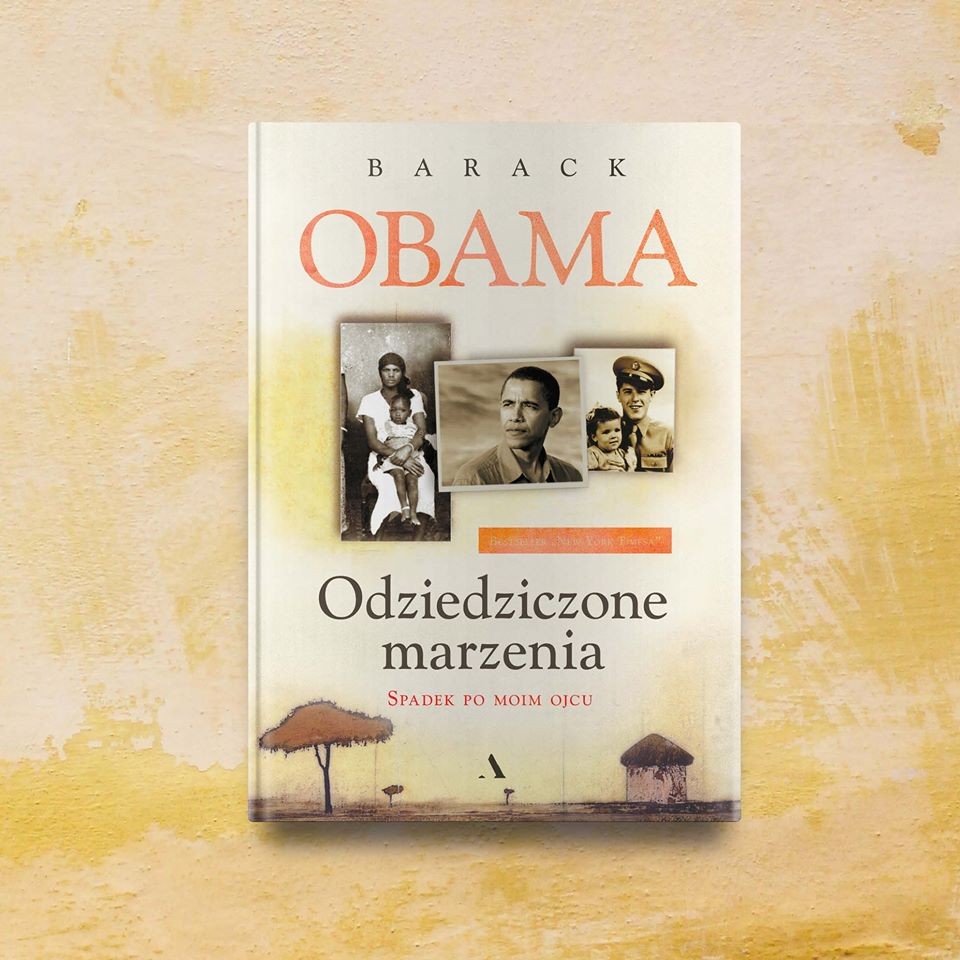 February 12, 2020 Agora Publishing House will reissue Barack Obama's book „Inherited dreams. Inheritance from my father” translated into Polish by Piotr Szymczak (first edition was published in 2008 by Media Rodzina Publishing House). Book of the future President of the United States since the date of world premiere in 1995 has not come off the bestseller list. The book was translated into 27 languages and it was considered one of the most important non-fiction titles of the 20th century.

When „Inherited dreams. Inheritance from my father” were published in 1995 for the first time, Barack Obama was 34 years old and was just  starting his political career. He was an idealist, who believed in the power of grassroots actions and wanted to mobilize people to fight for a better fate. But to map the path that others should follow, you must first understand the way you have taken. For young Barack, the son of a white American and black Kenyan, who was raised in the 1960s in a white family and Hawaiian cultural melting pot, it meant a journey in the footsteps of his father, whom he never met, to the heart of his African identity.

The account of this journey is not only a moving family saga and a story about the decisive years of the future president of the United States, but also an extraordinary adventure and ethnographic story of Kenya and an inspiring story of a "semi-white" man who has been seeking identity in a world that doesn’t tolerate half-solutions.

Barack Obama will always remain one of the most important politicians of the beginning of the 21st century. If you want to know where he got his willpower to lead the most powerful country in the world, then you will find the answer in this book. Without a doubt it is one of the best political autobiographies in the history of literature – wrote Bartosz Węglarczyk, editor-in-chief of onet.pl