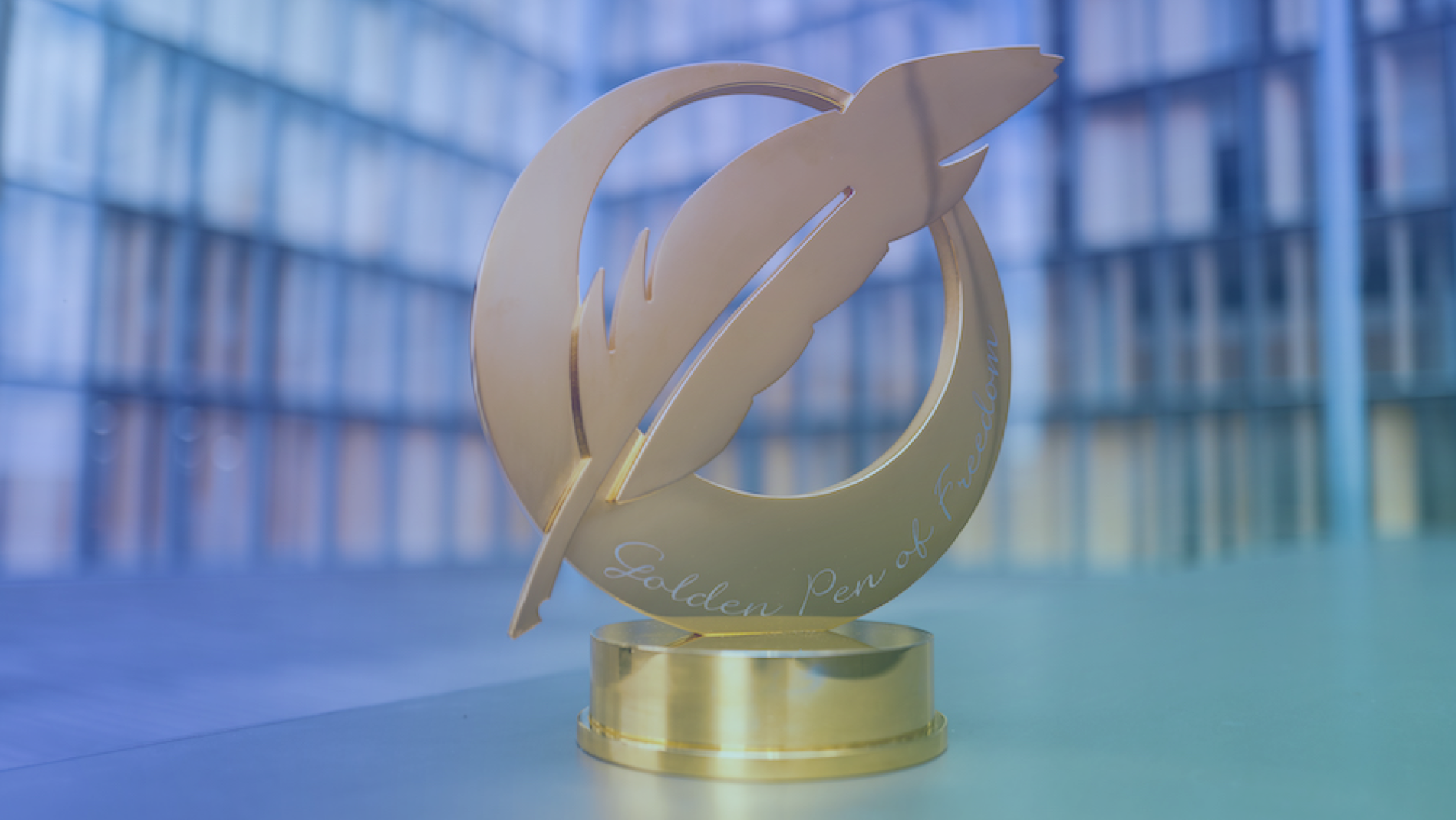 The 2022 Golden Pen of Freedom, the annual press freedom award of the World Association of News Publishers (WAN-IFRA), has been awarded to "Gazeta Wyborcza" and the Gazeta Wyborcza Foundation. The distinction recognizes the work and the journalistic mission of the editorial office, as well as the support provided by the daily and the foundation to their Ukrainian colleagues after the Russian invasion. The award ceremony took place on Wednesday, 28 September this year, in Zaragoza, Spain, during the World News Media Congress 2022, attended by representatives of the editorial office, foundation and Agora company.

The WAN-IFRA Golden Pen of Freedom is awarded annually to individuals or organizations who have made an outstanding contribution to the defense and promotion of press freedom. This year's prize was awarded - as indicated by the organizers - to “a news organisation that stands as a beacon of independence and as a bulwark against authoritarianism; a paper of record that demonstrates its values daily, across its pages, through support to young journalists, in the promotion of local news, and through work across borders in solidarity with colleagues in need.”

- Each of our laureates, stretching back to the very first Pen, embodies a set of values that underpin our industry - said Warren Fernandez, Editor-in-Chief of the The Straits Times in Singapore and President of the World Editors Forum, in announcing the award. - Increasingly challenged, these values are defended worldwide by journalists, editors, and news publishers who recognise the importance of free media… in safeguarding the well-being, and proper functioning of our societies and democracies. These are values that underpin WAN-IFRA and signify the continued importance of upholding, and showing our solidarity with, those on the front lines, wherever they may be. Today’s laureates exemplify this tenfold.

As the award organizers added, "Gazeta Wyborcza" is known for facing down numerous challenges to deliver independent journalism and reliable coverage. So far its projects have fought disinformation, polarisation, and xenophobia, and supported local and regional media to produce investigative journalism. Together with the Gazeta Wyborcza Foundation established in 2019, over the past year, it has been coordinating critical financial and technical support to Ukrainian colleagues from across Europe following the Russian invasion.

- The deteriorating condition of Polish democracy means that civic engagement is needed now more than ever - said Joanna Krawczyk, Head of Partnerships at Gazeta Wyborcza and President of the Board of the Gazeta Wyborcza Foundation, accepting the award on behalf of the Foundation. - The events of recent months and years have shown with full force the scale of the challenges facing our democracies. I thank you for your support, generosity and unity and call on you to be with us, with any media in need in the years to come. We often say nowadays: be brave like Ukrainian journalists, so let’s be brave in our decision not to leave Ukrainian media alone. Let's not leave any independent media facing oppression alone.

Accepting the award on behalf of the Gazeta Wyborcza newsroom, Piotr Stasiński, former deputy Editor-in-Chief and current Special Media Advisor to Gazeta Wyborcza Foundation, said: The mission we are committed to is especially important now, in our troubled country, and in the increasingly troubled world,” concluded Piotr Stasiński. “The Golden Pen of Freedom award, which we humbly accept today, helps. Helps us carry on, helps us to persevere.

The Golden Pen of Freedom is WAN-IFRA's annual award recognising individuals or organisations that have made an outstanding contribution to the defence and promotion of press freedom. One of the objectives of the Golden Pen is to turn the spotlight of public attention on repressive governments and the journalists who fight them.
The laureate is nominated from a shortlist of candidates by the board of the World Editors Forum. The first Golden Pen of Freedom was awarded in 1961.
For more on the Golden Pen of Freedom, visit www.wan-ifra.org/golden-pen-of-freedom

The World Association of News Publishers, or WAN-IFRA, is a global non-profit organization, one of the world's largest media associations. Its mission is to protect the rights of journalists and publishers around the world, and to provide its members with the necessary knowledge and solutions to innovate and prosper in the digital world.

Since December 2021, Bartosz Hojka, the president of Agora - the publisher of "Gazeta Wyborcza" and the founder of the Gazeta Wyborcza Foundation, has been a member of the Supervisory Board of WAN-IFRA, supporting the organization in the implementation of its most important projects for the freedom of the press and journalistic independence, and sustainable media development. and introducing further innovations in the media industry.
More information on WAN-IFRA - https://wan-ifra.org/about-us/