Gold for Gazeta.pl in INMA Global Media Awards 2020 for the project „Your Weekend” The Last Ever Issue 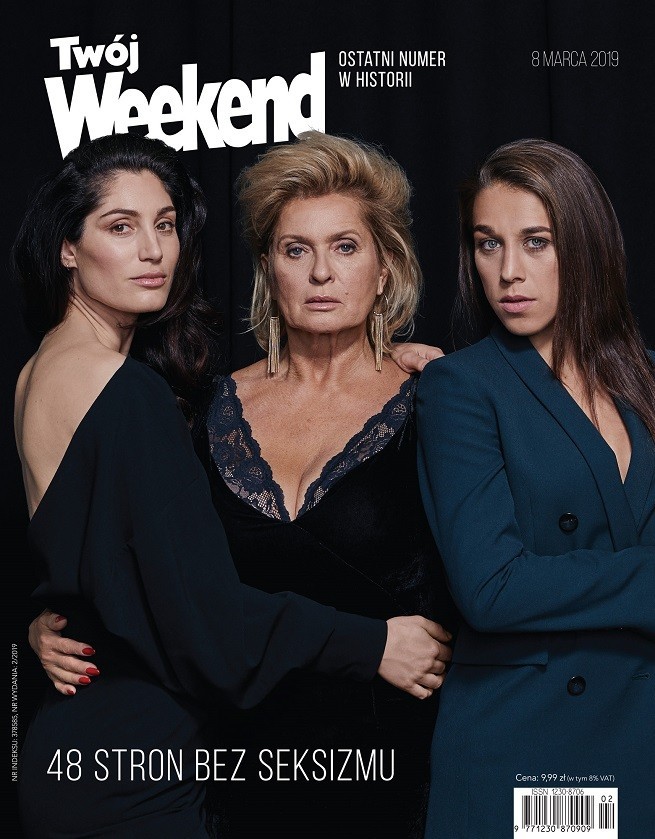 Gazeta.pl and its partners BNP Paribas, Mastercard and VMLY & R Poland agency were awarded the main prize in the category "Best Public Relations or Community Service Campaign" in the prestigious INMA Global Media Awards 2020 competition. This is another award for the project „Your Weekend” The Last Ever Issue - the most awarded advertising project in Poland in history. The announcement of the results by the organizer of the International News Media Association (INMA) took place on June 2 during the first ever online broadcast on INMA.org and other platforms.

The INMA Global Media Awards 2020 jury selected 185 finalists and 32 winners from 922 submissions sent to the competition by 262 publishers from 44 countries. The project „Your Weekend” The Last Ever Issue as the only one among the 3 final projects from Poland that received the main prize in its category.

‑ This award makes us very happy, but above all confirms once again that today media not only provide information or opinions, but also, together with partners from other industries, constitute centres of activism changing the world. It will not always be as impressive as the Last Ever Issue of "Your Weekend". Sometimes, as during pandemic, we will collect money for a respirator for a local hospital or support lonely seniors. That's how committed brands act today, and Gazeta.pl is one of them – said Rafal Madajczak, creative director of Gazeta.pl.

„Your Weekend” has been Poland’s longest running and most read adult magazine. When it went up for sale on Allegro ("Polish e-Bay") Gazeta.pl and its partners decided to buy it to symbolically close the magazine and show that no one else should learn about women, partnership, sex and relationships from such magazines. The entire campaign related to the release of The Last Ever Issue of „Your Weekend” was also to provoke discussion among others on gender image, partner relations and gender equality. The latest issue of the magazine was filled with content promoting equal rights and opportunities for both genders but presentedin the original layout and under original headings of the magazine .

„Your Weekend” The Last Ever Issue is the most awarded campaign in the history of Polish advertising. The project has already received the Grand Prix and four gold awards in the international ANDY Awards 2020 competition, two bronze statuettes at the London International Awards, the Grand Prix in the Print category and Silver Drums in the Social Good and Content categories in last year's edition of the Golden Drum competition. In addition, a gold award in the Redesigned Products category in the Print Innovation Awards 2019 competition, a Grand Prix in the Media Cut - Alternative category at the Gerety Awards 2019, and at the Cannes Lions Grand Prix in the Glass: The Lion for Change and Titan Lion. The last "Your Weekend" was also recognized by the jury with gold and silver awards in the Innovation 2020 competition.

Gazeta.pl is one of the largest Polish internet portals, and its services are among the leading in their thematic categories. They present users with various content, including articles and original video materials - also available through applications for mobile devices.