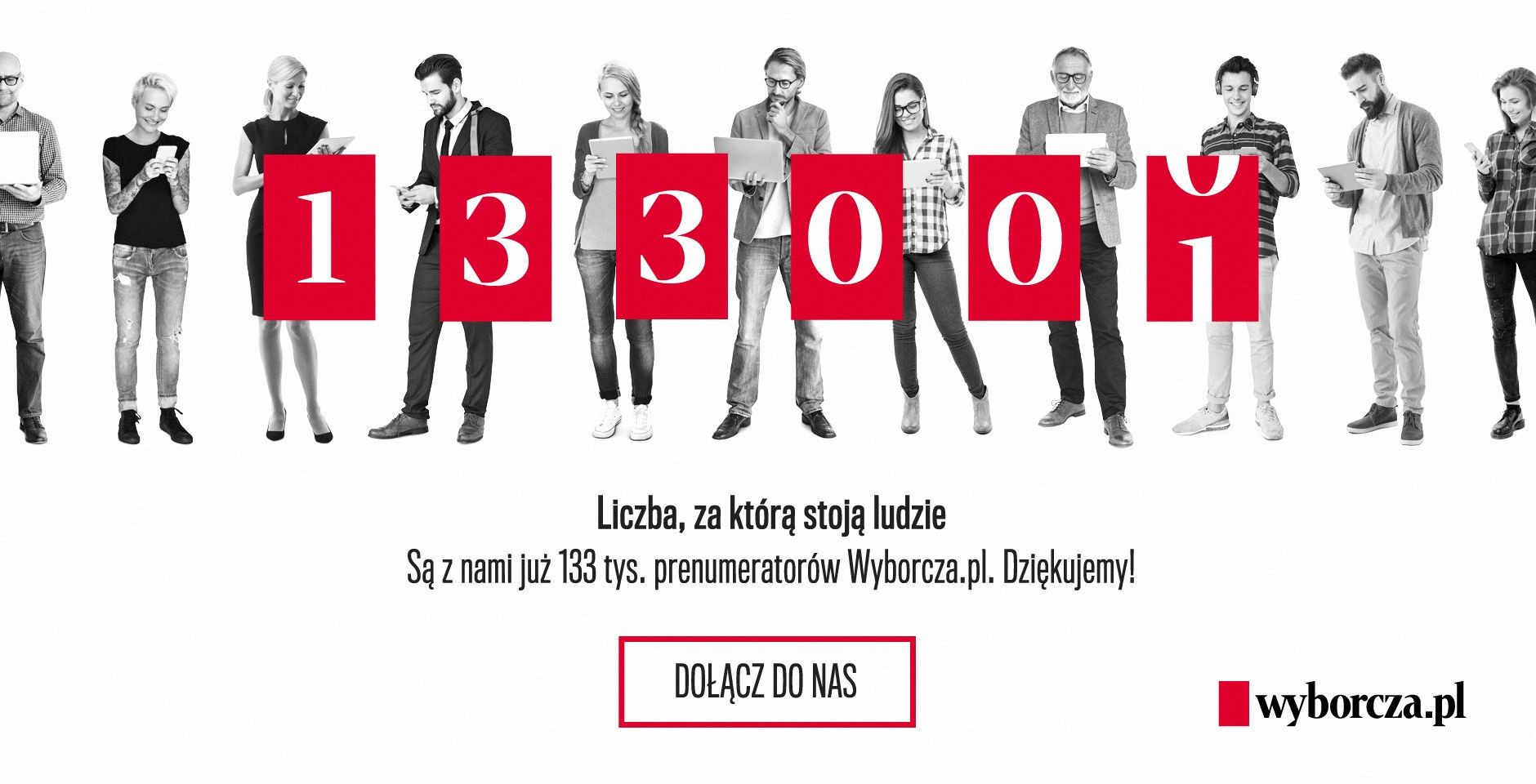 At the end of December 2017, Gazeta Wyborcza, the leading Polish daily had nearly 133 thousand paid subscriptions. This is an increase of almost 23 thousand as compared to September 2017, when the daily achieved its 2017 digital subscription target, a quarter earlier than planned. Gazeta Wyborcza reaches monthly as many as 6.5 million users of its websites and up to 2.6 million readers of its paper issue*, remaining the largest opinion-forming newspaper in Poland.

“We are particularly pleased that the group of individual subscribers has increased by 93% annually - this is one of the most important information about the growth dynamics of the Gazeta Wyborcza online business. The commitment of our editorial staff in important social matters translates into great results. On the one hand, many new subscribers came to Gazeta Wyborcza during the summer protests against the reform of the judiciary, and on the other – there is a growing number of subscribers convinced to buy the subscriptions because of the local content. Longer texts, especially reportages of the Duzy Format or features by Wysokie Obcasy – both well-known magazine supplements of Gazeta Wyborcza, are also invariably important to our paying readers,” said Danuta Breguła, Online Strategy Director of Gazeta Wyborcza.

The editorial team of Gazeta Wyborcza works intensively on increasing the commitment of subscribers and their satisfaction with the subscriptions. In 2017, the daily introduced new rules for leaving comments under the texts on Wyborcza.pl websites and some other special features increasing the reader's comfort. Recently, Gazeta Wyborcza has also started publishing the Wyborcza to Wy section dedicated to its readers’ commentaries.
“Our subscribers are the most valuable recipients of our content – on average they read several dozen texts more than readers without subscriptions, share texts in social media, comment on articles and watch more online advertisements. Therefore, our subscribers are at the center of our editorial, publishing and development activities - we want to provide them with the best possible service,” added Danuta Breguła.
Focus on subscribers has also changed the strategy of Gazeta Wyborcza's presence on Facebook. With the efficient - also in the terms of costs - use of Facebook's tools to target the campaign, it was possible to acquire a large group of new subscribers, which is especially important in the situation of shrinking media outreach on Facebook.
In 2017, Gazeta Wyborcza also developed the digital subscription offer for institutions and companies, as well as special projects with large partners such as The Wall Street Journal and T-Mobile - in the direct billing model. The daily is also available in digital form for the clients and wifi users in the cafes of the Green Caffe Nero coffee-shop chain.

Key factor in the success of the Gazeta Wyborcza’s digital subscription project were the growing competences of the entire editorial staff and improving monetization of the content generated by the local teams.
"Gazeta Wyborcza reaches currently almost a quarter million readers who have an access to its digital content on a daily basis and buy paper edition of the daily**. It’s extraordinary! We are very pleased that despite such a difficult time for the press advertising market, Gazeta Wyborcza has a stable position based in more than half on the sale of its content. Our entire online project has already gained a significant share in the revenues of Gazeta Wyborcza,” commented Jerzy Wójcik, Publisher of Gazeta Wyborcza. “What is really important, I think I can safely say that the readership of Gazeta Wyborcza does not fall - it only changes, largely supported by the process of digital transformation of the press, which we have been leading in Poland. We accompany our readers when they need it - in their towns, kiosks, computers and smartphones, 24 hours a day, 7 days a week.”